Here’s the link to watch:  www.londonreal.tv/live

Beware — you will most likely need to wait to get onto watch it, because there’s so many people on the server right now watching!!!!

Look Who I Just Found!

I recently found that there’s a large number of videos on YouTube about Alan Watts speaking Truth to some relaxing music.  Here’s an example (I’m hoping to post more on him in the future); enjoy! 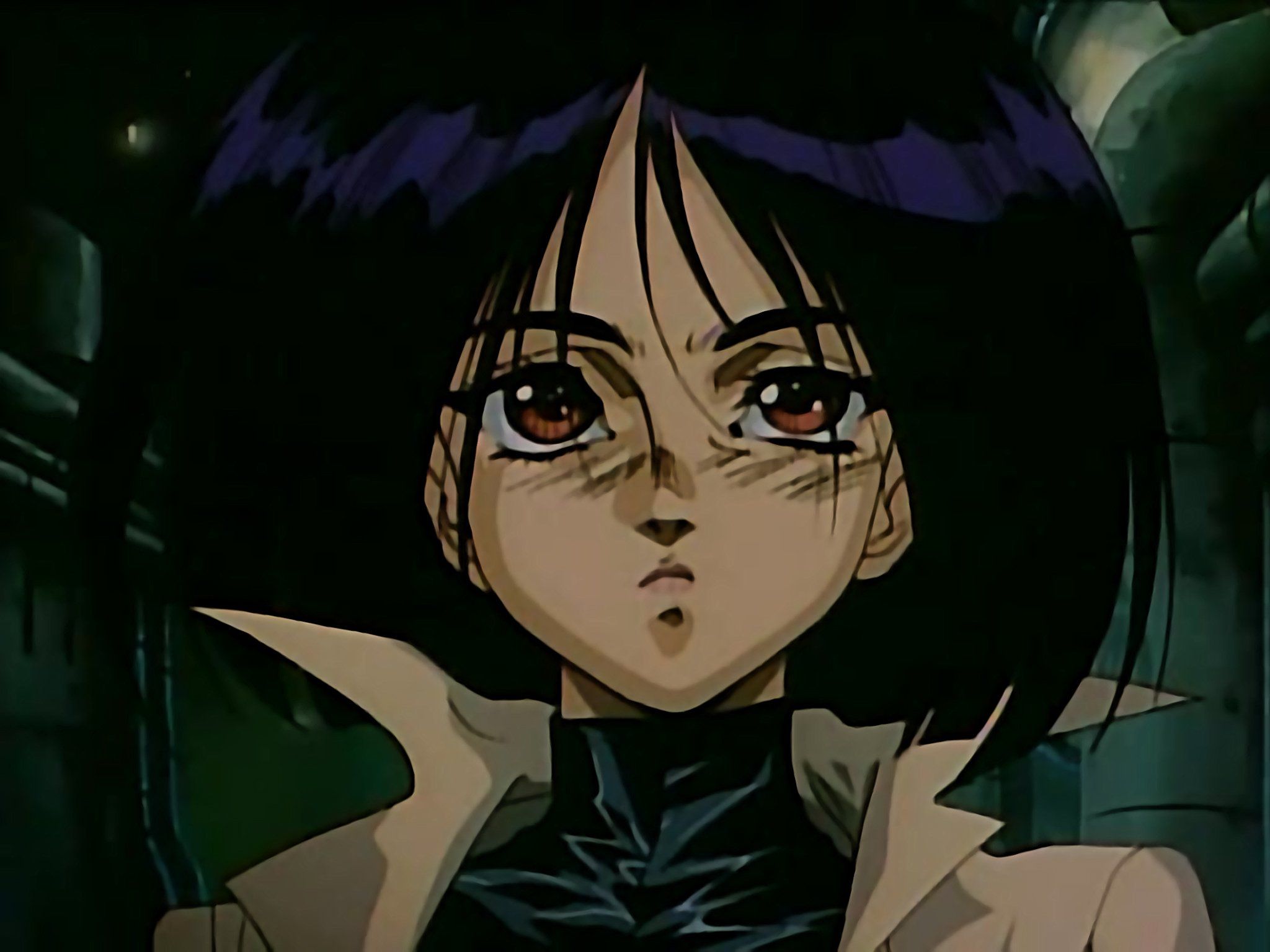 Nonplussed Gally is nonplussed at the NPC reactions to ‘Alita: Battle Angel’….

For some time now, I’ve been of the mindset that a movie, particularly if it’s sci-fi/fantasy in nature, that critics crap on is thereby worth seeing because it’s bound to actually be good.

I’ve held that mindset since Suckerpunch and Hanna appeared in theatres several years ago now.  I deeply enjoyed Suckerpunch, even as critics were harping on about how bad it was; meanwhile, I couldn’t enjoy Hanna through its being incomprehensible despite critics loving it.  Both movies have strong female leads, but the ones in Suckerpunch didn’t technically count because they were relying on a man to help them through their troubles. 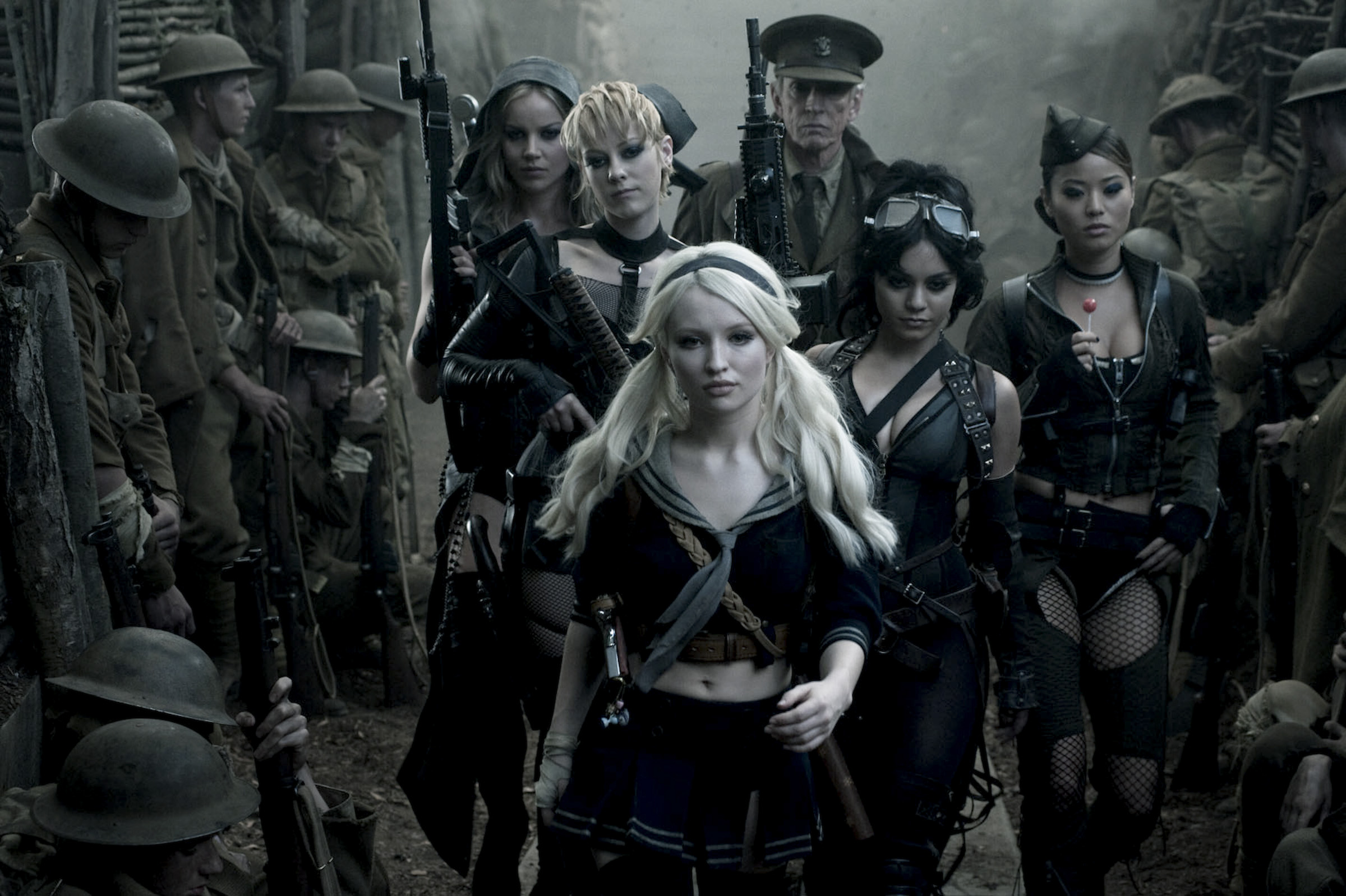 Thus, Suckerpunch and Alita: Battle Angel appear to have a lot in common in the eyes of those critics.

Alita, whether you see her in the Manga, the OVA, or the James Cameron film adaptation, is the kind of girl SJW NPCs loathe to have shown in public; this is because — as Hugo (Yugo elsewhere) aptly puts it — she’s “more human than anyone…,” despite being a cyborg.  She’s not afraid to admit when she needs help, she’s not afraid to ask for help when she needs it, and she’s not afraid to ask a man for help if she can only rely on a man for help at that moment; the girls in Suckerpunch are the same way; as a result, SJWs have only hatred for those girls because of the envy the SJWs hold within themselves.

Alita is deeply appreciative of Ido, who brought her back to life, and, because she still has a normal human girl’s brain inside her, she also wants to look like a girl and she falls in love with an attractive young man with an ambition to rival even Kamina of Gurren Lagann.  She still makes mistakes, has weaknesses, and has to rely on others sometimes; thankfully, she at least is humble enough to accept all that even while she strives to become even stronger — she knows she can become stronger because she knows she does have those shortcomings and weaknesses in her.  Thus, in the end Alita truly becomes strong.

Compare that to what has so far been shown of Captain Marvel; she has no weaknesses, and can never lose — especially against a man.  She never requires aid, especially from a man, and she can truly do anything a man can do, do it better, and do it in high-heels.  Thus, Captain Marvel will never know true strength; if Alita and Captain Marvel both existed in reality and fought one another for the sake of who was stronger, while at first Alita would probably lose most every fight she would ultimately win the last fight they had — and that would be the final deciding fight because Captain Marvel would be too feeble-minded to get up again.

Indeed, such a fight has already been illustrated — in the Anime called ViVid Strike!  The no-holds-barred fight Fuuka and Rinne have in that show is a metaphor of the difference between a person who has learnt how to lose without losing faith (Fuuka), and the person who believes they are almighty and can never know defeat (Rinne).  While Rinne knocks Fuuka down several times in that fight, it is Fuuka KO-ing Rinne once at the finale that closes the fight because Rinne never learnt how to bounce back from a defeat.

Captain Marvel embodies the ideal woman for SJWs to are envious of those who wield true strength, like Alita does.  Because an envious person must loathe the thing they envy, because they know they’ll never become that which they envy, SJWs loathe Alita and girls like her because those SJWs will never know true strength.  Because they’ll never know what true strength is, they’ll only ever see its facsimile in the form of omnipotence; their ideal strong female lead is invincible and can do everything well by herself.  Yet, female leads like Alita, who know when to rely on others, including men, who accept their weaknesses, and who know how to win because they’ve learnt how to lose — things the envious SJWs see as traits weak people who’ll never become strong — inevitably become stronger than anyone as sure as the Sun rises in the East — and the SJWs simply cannot comprehend that, which angers them even more.

Because SJWs tend also to be Feminists, of course “penis envy” will also play a part here.  Alita represents the truly ideal female, who looks ideally feminine and acts in a manner that men seek for in an ideal girlfriend; because the SJWs who envy Alita can never possess those traits, they must detest her and the men who find her amiable.  They badly want what Alita is able to acquire so naturally, many of which are things usually exclusive to men because of the workload men take on biologically-speaking; this is why working-class, straight, white men are so reviled by Feminists — those men so happen hold those traits more than any other demographic, in the West.

In general, the hard-line ideologues of any and all Social Justice issues have envy as the root of all their hatred and behaviour.  Working-class, straight, white men cannot be oppressed, and are the only ones who can ever be racist and sexist, because the other demographics that believe in this stuff believe that working-class, straight, white men are the only demographic that is “normal” particularly in the West.  They don’t need qualifiers to them to be distinguished from other groups, which feel they do need distinguishing qualifiers.  That’s where their envy comes from.  From that envy, hatred spawns upon the realization that their envy will never be sated.  Eventually, that hatred leads to the envious banning their target of envy from possessing those things that spawned their envy — if they can’t have it, then their target of envy can’t have it either.  Meanwhile, the envious seek out the closest facsimile to what they desire — if they can’t have love, they’ll seek out lust; if they can’t have success, they’ll seek out celebrity status; if they can’t have strength, they’ll seek out omnipotence.

Fortunately, regular people aren’t so affected by those things….  Especially in Asia, the fans of this movie are proving the hate Alita‘s receiving means nothing to them.

Anyway…, definitely go see Alita: Battle Angel in theatres!  It’s a film adaptation that actually doesn’t suck, and hopefully we get some sequels!

A Libertarian Princess? In Anime?!

You better believe it! Above is Alisha Diphda from “Tales of Zestiria (the X),” and she was arguably the best part of that Anime show — sorry, Sorey! (pun intended)

Sure, she’s friggin’ beautiful but that’s not why she makes the show….

What does it mean to be a “Libertarian”?

Absolute minimal government, law, and bureaucracy, primary focus on individual freedoms being maximized, and major tenets including free-market economics, state control primarily at the municipal level, a citizen’s militia instead of a standing army, and ideals such as the Golden Rule, the Non-aggression Principle, and the Principle of Self-governance constitute the majority of what it “means” to be a Libertarian (mind, the label “Libertarian” is quite broad and thus there are Libertarians who do not abide by all of the above).  Well-known Libertarians include Ron Paul and Stefan Molyneux.

Alisha’s a princess, but she doesn’t stay behind the walls of her palace and selfishly reap the benefits of high-status (unlike other residents of that same palace); she knows that’s a terrible way to “serve her people,” as she (rightly) feels she should; she also can see what her palace contemporaries are doing (bureaucracy…) and knows it’s wrong.  Instead, she goes out there; she walks and talks with the citizens, tries to help them out anyway she can, and can be seen at the front of her army the odd time she actually has to fight.  She can also hold her own well both in politics and in combat.  Her views on war are outstanding; she will NEVER send an army out to initiate a fight, but instead she repeatedly orders her troops to defend and only to fight if provoked by the enemy (ie, the Non-aggression Principle).

Despite all the odds against her, she stay true to herself which is certainly the best part about her.  With “Izetta: The Last Witch” debuting last year, Princess Ortfine of Eylstadt can also be considered a “Libertarian-esque” Anime protagonist (who also happens to be a princess)!

Anyway…, “Zestiria” is definitely worth watching for many of the reasons why “Symphogear” would be worth watching.  There’s a fair amount of insight into the Evils of our World, as well as some insight into what Good people can do about it.

http://ift.tt/2gteSTK Steven Maxwell, ContributorWaking Times Every activist has read the increasing number of stories where homelessness is being criminalized, as if simply being homeless isn’t punishment enough. However, there is a rising tide among all walks of life that is beginning to view homelessness in a very different light. As a sinking economy and the […]

http://ift.tt/2a4Shir by Arjun Walia, Collective-Evolution What we label as autism covers a vast spectrum. One autistic child may be able to communicate perfectly and perform normal daily life tasks, while others can barely move, and still others can’t communicate at all. You also have children under this label known as autistic “savants” who show extraordinary abilities. This […]

These People Are Using Plastic Water Bottles To Cool Their Homes, And The Method Is Brilliant! — peoples trust toronto

http://ift.tt/29muk4N by Amanda Froelich, True Activist The simple invention is the world’s first-ever ‘zero electricity’ air conditioner. Chances are that if you’re reading this, you’re one of the lucky individuals on this planet who has access to electricity and can harness tools, such as Air Conditioning (AC), to stay cool during hot, summer months. Not […]

via These People Are Using Plastic Water Bottles To Cool Their Homes, And The Method Is Brilliant! — peoples trust toronto

http://ift.tt/eA8V8J If you’re interested in energy generation and storage technologies that will actually be for sale in the near to medium term, you can safely ignore most press releases about new energy technologies working only in labs. That stuff might as well be on a different planet when one considers how far away it is […]

http://ift.tt/1mRGErh Yuri Milner, a billionaire from Russia, announced his proposal on developing a lightweight spacecraft capable of journeying about 40 trillion km through space toward Alpha Centauri, our nearest star and it’s planets, at a conference held in New York City on April 12, 2016. He invested another $100 million toward the Breakthrough Starshoot project […]

via Interstellar spacecraft within a human reach — peoples trust toronto